Honey: The Sweet Truth About a Functional Food!

What Exactly Is Honey, Anyway?

Honey is produced when honeybees drink nectar from flowering plants, regurgitate it into wax honeycomb cells back at their hive, add an enzyme from their mouths (called invertase) that breaks down the nectar’s sucrose into glucose and fructose, and then “dry out” the mixture by fanning their wings to dehydrate it. This intensive process produces the thick, syrupy food we call honey!

A high-sugar food that actually benefits diabetics? It might sound surprising, but this is what the science bears out when it comes to honey! Human trials and animal studies have consistently shown that honey has a hypoglycemic effect, and can play a role in both preventing and treating diabetes. Apart from its sugar composition (the fructose in honey has a lower glycemic index than other sugars or starch), researchers have proposed that honey’s phenolic acids, flavonoids, or selective mineral ions (from selenium, copper, zinc, and vanadium) could also help explain its beneficial role in blood sugar regulation.

In one human trial, participants spent 30 days consuming either 70 g per day of sucrose (as a control) or 70 g per day of honey. In non-diabetic individuals, honey resulted in a slight reduction in body fat, a reduction in fasting blood sugar, and an overall improvement in blood lipids (lower total cholesterol, LDL, triglycerides, and C-reactive protein, and increased HDL). In diabetics, the honey reduced total cholesterol, LDL, triglycerides, and C-reactive protein! Another study of 60 healthy young adults found that compared to an intervention using 80 g of sucrose (dissolved in water) each day for six weeks, the same amount of honey resulted in lower fasting blood sugar by the end of the study.

So, what gives honey these antibacterial properties? Researchers have identified a few important mechanisms. Along with having a sugar content high enough to inhibit microbial growth, honey has an osmotic effect on its environment, and is able to draw out moisture and ultimately dehydrate pathogenic bacteria. Honey also has a low pH (between 3.2 and 4.5), which is acidic enough to prevent many microorganisms from growing. And, honey contains a number of components that either kill bacteria or prevent it from reproducing—especially the hydrogen peroxide produced by glucose oxidation when honey is ripening, and non-peroxide components such as lysozyme, polyphenols, phenolic acids, flavonoids, methyl syringate, and bee peptides. Although honey’s peroxide-related antimicrobial activity is sensitive to heat and light, its non-peroxide antimicrobial activity remains present regardless of storage and processing methods, and makes some varieties of honey particularly powerful against pathogens.

Along with killing bad bacteria, honey can help good bacteria flourish! Science has shown us that many of honey’s health effects are due to its prebiotic properties, and are mediated by the gut microbiome.

The indigestible oligosaccharides are primarily what give honey its prebiotic activity. Although prebiotic oligosaccharides and antimicrobial compounds both work independently to fight pathogens, when combined in one food like honey, these components can work synergistically to enhance the probiotic potential of that food. On the whole, existing evidence suggests that honey—particularly its oligosaccharide content—acts as a selective probiotic for lactic acid bacteria belonging to Lactobacillus and Bifidobacterium, while also inhibiting the growth of undesirable microorganisms that can act as pathogens. This makes honey a potentially useful food for modifying the gut microbiome in ways to support human health!

Honey has demonstrated exciting anti-cancer activity, including inhibiting the development and progression of breast cancer, liver cancer, and colorectal cancer (although evidence is accumulating for several other types of cancer as well!). For example, several experiments have shown that honey can modulate the estrogen receptor signaling pathway involved with treatments for breast cancer, and a variety of honey types have demonstrated cytotoxic effects against multiple human breast cancer cell lines (while leaving normal breast cell lines unharmed).

Similarly, honey has shown anti-tumor effects on liver cancer cells. One experiment found that honey significantly decreased the number of viable human liver cancer cells, possibly due to scavenging reactive oxygen species and increasing the total antioxidant status. And, researchers have found that multiple types of honey are able to inhibit the proliferation of colon cancer cells, causing DNA damage within the cells and suppressing inflammation (honeys with higher phenolic content have the most dramatic antiproliferative effect!).

One of honey’s lesser-known benefits involves its effects on oral health! Periodontal (gum) disease and halitosis (bad breath) have been scientifically shown to improve from honey and its bioactive components. For example, honey exerts antimicrobial activity against Porphyromonas gingivalis, the Gram-negative bacteria that causes gingivitis and periodontitis. Experiments have demonstrated that the methylglyoxal content of honey can inhibit the formation of Porphyromonas gingivalis biofilms and reduce the number of viable bacteria within existing biofilms! Similarly, honey has been shown to fight halitosis due to its methylglyoxyl component exerting antibacterial activity against the microbes that cause bad breath.

There's practially a raw honey for every occasion. Honeycomb, Clover, Wildflower or Buckwheat. 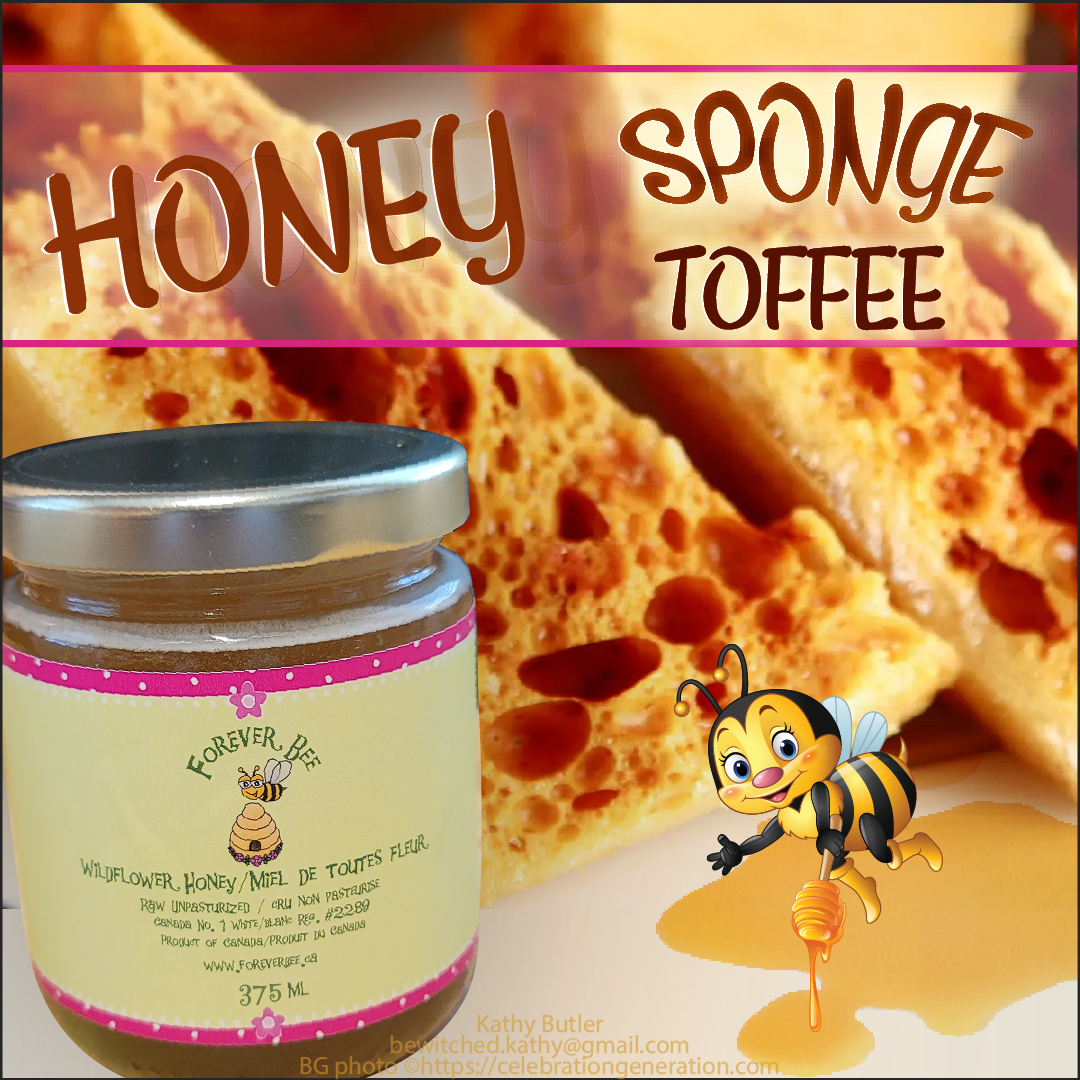 From the simplicity of a spoon of honey in your coffee to some fancy treats, honey is a great addition to so many recipes.

True Raw Liquid Honey will naturally crystalize. Some honey will do it right away, some will take a little longer. It all depends on the flowers the honey is made up of and the temperature of the room in which it's stored in.

Annanie made this video for us showing how she reverts a jar of licorice honey.

Honey on the go

Just as it sounds, these are tubes of honey perfect addition to your lunch for a sweet treat, or drizzle over your fruit or oatmeal. We like to keep a few in our bag for when we get coffee or tea on the go. Simply pop open both ends and allow the honey to flow into your cup. Use the straw to stir.

We now have a selection of Honeystix made with Raw Canadian Honey!

We come right to your door in a lot of Alberta cities. If it's too far to drive, we can always ship it to you!

The warmest of thank-yous to our community for all your honest reviews. We are so greatful to everyone who took the time to share how they feel.